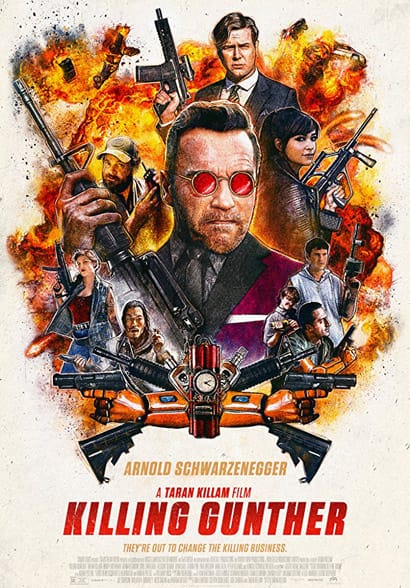 Gunther is the world's greatest hitman and there are plenty of reasons to want to kill him. He's arrogant, he's a showoff, he steals jobs and frankly the assassin community is tired of it. Determined to retire Gunther for good, a group of eccentric killers from across the globe come together to set the perfect trap. But their master plan quickly turns into a series of embarrassing fails as Gunther stays one step ahead, toying with them and taking them out one by one in mocking fashion.

Soon they learn they've only been unwitting pawns in Gunther's game. Down but not out, the remaining team pulls it together to make one last assault. And in a furious finale filled with hilarious twists and turns, they discover they've finally killed Gunther. Or have they?

Killing Gunther - for the first time in Romania on Pro TV!